I do realize I haven’t yet written about our current home: Bangkok. I will. Eventually. 🙂

It took the better part of a year, but we do love our life in Bangkok. Still, we needed an escape. I hate to complain at all- we do have a good quality of life here. But the never-ending heat, smells, pollution in the face, traffic, and chaos can all be a bit suffocating. We dreamed of fresh, cool air. Lots of green spaces. Blue skies. And maybe a glass of red wine that’s not served chilled.

Thankfully, the Air Forces considers this post a “hardship” one, and so we get two trips out of here over our 3 year tour. We could use the airfare to anywhere, so although it’s not an ideal time to hit up Europe with 3 tots in tow, every military family understands that when you have a bird in hand–you better JUMP ON THAT BIRD and make him your best friend. If we wait around for the military to align the stars again when it’s convenient–it may never happen.

We invited our parents to join us for any or all of our two week excursion that included Paris, South of France, Lake Como/Northern Italy, and then Rome (hooray for direct flights to Paris and back from Rome!)

My parents met us in Paris- it’s about equal distance for both of us.

The last time I was in this city was in 2010, right before Travis and I were engaged. I was meeting my girlfriend Natasha for a 10 day trip of sleeping in, wearing red lipstick, shopping at vintage clothing stores, lingering at art galleries and swanning through town gorging on pastries and drinking vin chaud.

Paris with kids was just a wee bit different! But this city with kids is just as whimsical and magical in a different way.

We found a real gem for our accommodation. A houseboat, called a “Peniche” in French. It was docked in a beautiful part of the Seine between the Eiffel Tower and Pont Alexander III, near Champs Elysses Pier.

It was just the right size for our family of 7 to have a comfortable and unique experience. It felt a little bit like camping, and we loved it.

Paris is most magical at night. We loved drinking wine and watching the sun set on the terrace, as the colors of the lights danced on the water like an impressionist painting.  I was a little worried that the boat would make us nauseous, but it didn’t. It was so dreamy. The gentle movement of the water lulled us to sleep.

We couldn’t do Paris without the Eiffel Tower. Rather than standing in long lines with little people (who need to use potties that aren’t super convenient), we decided to appreciate Paris on the ground. We took some baguettes, cheese, sausage, and wine and had an early dinner picnic in the grassy knoll at the aquarium, one of the closest spots that’s not packed with tourists.

We saw the Louvre and the Tuileries Garden. If you’re going with kids, BRING A STROLLER. They have a VIP stroller line. To our very pleasant surprise, we were pulled out of line by an employee and promptly escorted past 1000 or so people. 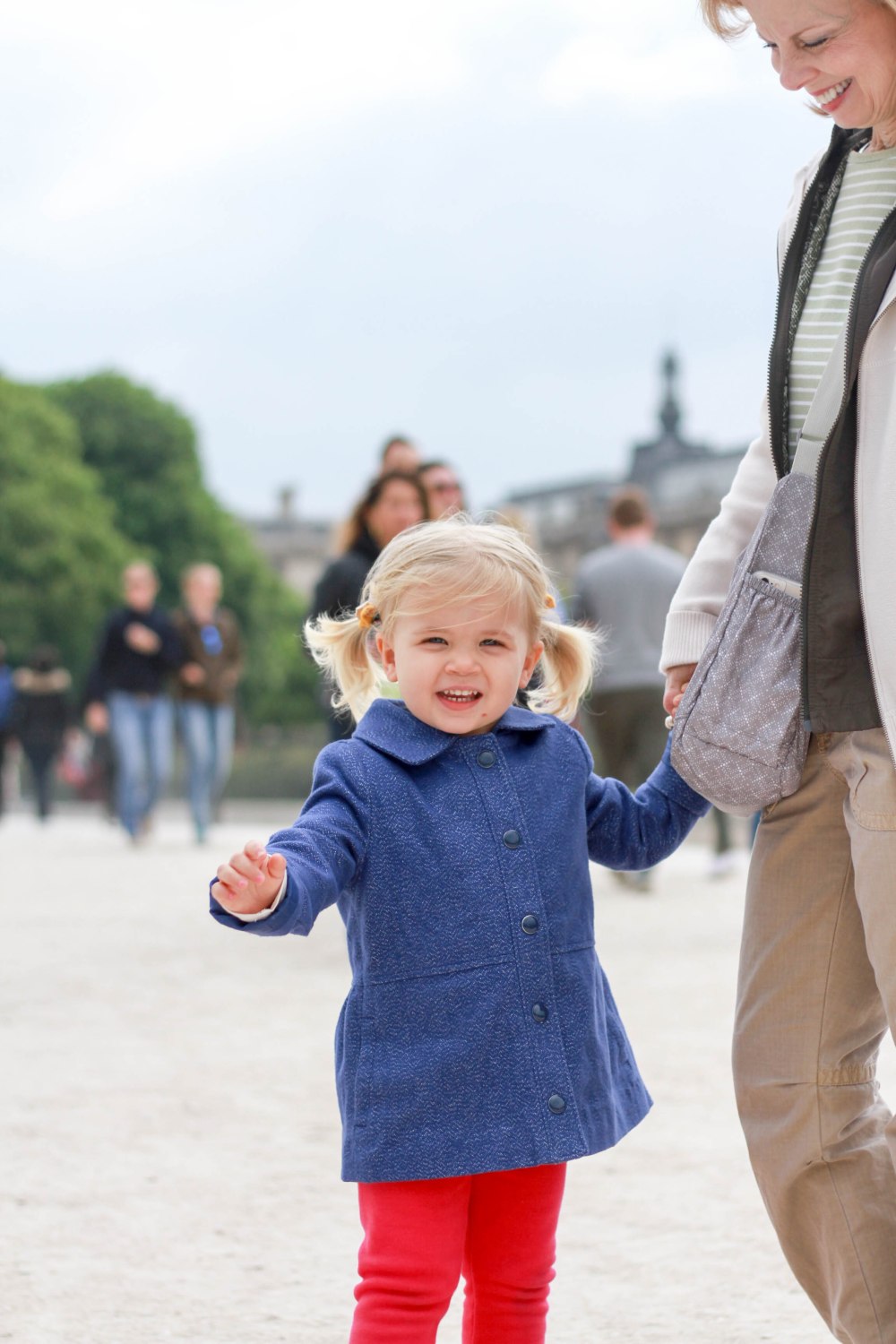 Henry refused to take off his hood. 60 degree temps felt like arctic winds.

We had plenty of ice cream and hot chocolate breaks on this trip. 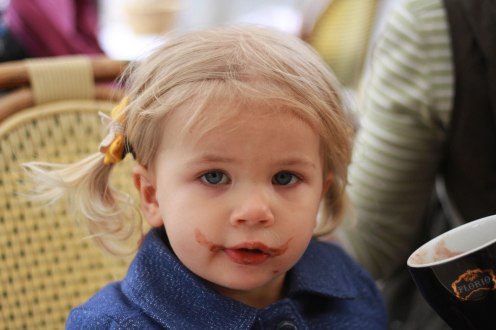 And carousels. They were everywhere in Europe. Who knew?!

We wandered through Montemarte and the Sacre Coeur Basilica. My parents climbed the bazillion stairs to get to the top, while the young folks took the tram.